Hawaiian traditions of healing, community, and spirituality gave birth to the unique massage style called Lomi Lomi. Many styles of Lomi Lomi massage developed, as it was handed down through many families. For ages, Lomi Lomi could only be experienced in Hawaii. But now you can find Lomi Lomi worldwide. Here at Rockin’ Good Health I practice Temple Style Lomi Lomi massage.

What makes Lomi Lomi so amazing? How does Temple Style Lomi Lomi differ from other massage styles? And what can you expect in a Lomi Lomi massage session?

When Captain James Cook “discovered” Hawaii in 1778 [1] he found a welcoming people living in paradise. The friendly relationship between Cook and the Hawaiians ended as the Europeans began to exploit the people. Over time, American missionaries and others came to the beautiful Hawaiian islands. As they did, they tried to suppress local traditions. They drove the spiritual and healing arts underground. These traditions survived only by oral tradition.

We are thankful that Hawaiian Kahunas (masters of their art) maintained the practice of Lomi Lomi in secret. In the early 1970’s “Auntie Margaret” (Margaret Kalehuamakanoelu’ulu’uonäpali Machado) became one of the first to teach Lomi Lomi to non-Hawaiians [2].

Temple Style Lomi Lomi resembles Swedish massage, to some extent [3]. Both styles include long, flowing strokes. They both make a great “relaxation” massage. Lomi Lomi and Swedish massage both use a lubricant for a smooth flow. A Swedish massage therapist uses lotion, cream, or oil. But in Lomi Lomi we always use a plain oil.

Swedish massage strokes often run the length of a limb. One stroke may cover the whole back. In contrast, Lomi Lomi massage is unconstrained. One stroke may run from heel, to shoulder, and back again! The Lomi Lomi giver spends the session in an improvisational dance [4]. They follow their intuition, the guidance of their Uhane, their higher self. The signals given by the receiver’s body guide them to bring peace and healing wherever it is needed.

Unlike typical Swedish massage, Temple Style Lomi Lomi massage treats the receiver’s body holistically. It’s more like a dance. Instead of focusing on one part at a time, the dance can move from leg, to trunk, to neck, and back again. The giver may leave one area, focus on other areas, and return again. The feeling resembles an ocean wave, lapping and rocking the receiver’s body, promoting deep relaxation.

Lomi Lomi Massage – What to Wear

Having all four limbs undraped makes the free-flowing movement possible. Traditional draping includes a towel, or towels, to maintain the receiver’s modesty. But some clients may not be comfortable with minimal draping. As a  licensed massage therapist, I always maintain proper draping, and respectfully follow state regulations [5]. In my practice, you may chose traditional (minimal) draping or more modest draping. I also offer disposable undergarments for your use, which will not interfere with the Lomi Lomi experience. You determine the modesty level, within state regulations. And I encourage you to enjoy the kind of massage with which you are comfortable.

The Lomi Lomi massage videos below give examples of the Temple style. The person giving Lomi Lomi in these videos is my teacher, Tom Cochran, from SacredLomi.com.

Some therapists who were not born to the Hawaiian spiritual roots of Lomi Lomi share Lomi Lomi as just another bodywork style. This has drawn criticism from some Hawaiian elders, who believe the bodywork shouldn’t be separated from its spiritual essence. But others, like Harry Uhane Jim [6], have decided to train non-Hawaiians in Lomi Lomi as a way to preserve the tradition and share the understanding of Aloha, outside of Hawaii.

Some non-Hawaiian givers attempt to honor the spiritual origins of the Lomi Lomi style. They do this by including pule (loosely, prayer) or other meditation, traditional Hawaiian music, and other elements. These elements create a fuller (if not fully authentic), spiritual experience for the receiver.

In my practice, I share a Ho’oponopono-inspired guided meditation with the receiver before the Lomi Lomi bodywork [7]. I also personally meditate on the Four Declarations of the Halau for the Lomi Lomi Giver [6]. My intent is for it to create an ideal setting for the session, for both of us. I do this hopefully, to set the tone for the work and to enhance the healing experience for the receiver.

FOUR DECLARATIONS OF THE HALAU FOR THE LOMI LOMI GIVER

My presence in the Halau is a sacred manifestation from me to myself to shower gratitude, growth, and bliss to my whole being and through me to the receiver.

I focus to enter into and to sustain my temple for Lomilomi in the Pu‘u wai, the sacred space of the heart. From the heart and through the heart, the essence of my light, my Uhane supports, guides, and graces my touch.

I commit the energy of certainty to the abundance and perfection of my intuition, as I am radiant in the Light of Aloha.

I will my will to compassionate disengagement. I am sustained by Aloha, the breath of God is in our presence.

From
Wise Secrets of Aloha: Learn and Live the Sacred Art of Lomilomi, by Harry Uhane Jim

This brief article barely scratches the surface of Lomi Lomi. I have assembled a short list of references you may use to begin your own journey of understanding.

You want the perfect massage, but you keep getting massages you don't like. What's going wrong, and what can you do about it?

Manual Lymph Drainage is a gentle manual treatment that stimulates the lymphatic system. It increases the return of lymph to the circulatory system. Lymphatic massage…

My understanding of quality has changed in my journey from software engineer to massage therapist. Robert Pirsig's Zen and the Art of Motorcycle Maintenance has… 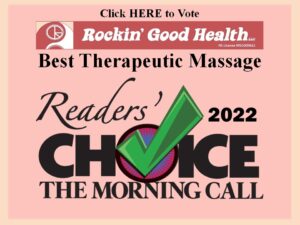